Theatre: The Good, the Bad, and the Innovative

There have been rave reviews of the Bush's production of this Pulitzer Prize-winning play all over the Internets, so rather than rave about how amazing it was myself, I thought I would curate a few of my favorite responses for you and focus my discussion more on the how and why of my own reaction.

Madani Younis, the Artistic Director for the Bush, wrote an eloquent response to the play in the form of a letter to the playwright that provides testimony to the show's relevance for the times in which we live.

It's a show that pulls its weight as a piece of art. It makes its audience think and reanalyze their assumptions, sparking new dialogues, and imho, making the world a more connected place in the process. One of the best things about art is its ability to help us step into another person's shoes, characters whose background/ culture/ values/ lifestyle/ personality is different our own.

In theatre, the cushion of fiction allows a unique freedom for open questioning and honest discussion. Then the actors bring it to life. I love reading, but something about live performance forges a deeper, more immediate connection between me and the characters onstage than can be gained from words on a page.

Disgraced left me feeling profoundly uncomfortable, only partially due to a scene of intense domestic violence. I learned about a character quite different from myself, but I always want to believe the best in people (even fictional ones) (yes, I'm a liberal), and I felt almost guilty for what the playwright showed me. I had to remind myself that he wrote a character who came from his own culture, a commentary that he feels the world needs to hear.
Truthfully, I'm still chewing on this show. I will take any opportunity to talk about it with anyone who is interested because I'm hungry for other perspectives and reactions to help me dig deeper. And to me, that is the quintessential mark of "good" art.

The Bad: Viva Forever a.k.a. The Spice Girls Musical

"The Bad" is an over-simplistic classification for any performance, and Viva Forever had it's good points, especially for me and other girls who were tweens/teens in the '90s. But on the whole, it was the lowest caliber show I've seen in a long time. Off-key singing, a story that plain didn't make sense, and characters I just couldn't make myself care about. After seeing a balding, chubby, middle-aged man sing "2 Become 1" I don't think I will ever be able to listen to that song again without criggling, which is a word I just made up that means  "cringing and giggling in a state of simultaneous repulsion and amusement."

That said, I thoroughly enjoyed myself. I laughed my ass off. Granted, it was frequently at times when I wasn't really supposed to be laughing, but what does that matter? I didn't go to the theatre with my friends that night to see great art, I went to relive my teenage years, to experience a sentimental burst of nostalgia. And I didn't even need to feel guilty for singing along because 1) Everyone else was too and 2) I was on-pitch.

When the montage of the Spice Girls greatest hits started during the curtain call, I was the first of my friends to get up and start dancing. Not because the show deserved a standing ovation, but because I wanted to dance. The others eventually followed and we wound up really enjoying ourselves at the end.

There is one intellectual component that the feminist in me will give the musical props for: It passed The Bechdel Test with flying colors. I won't go into too much detail about it here; the Feminist Frequency video and description at the link above provides a great, detailed introduction. Here's my quick and dirty summary:

The test is designed to evaluate the active presence of women, typically in film, but I find it very relevant to theatre is well. It has three simple components:

1. It has to have at least two [named] women in it
2. Who talk to each other
3. About something besides a man

You'd think just about every movie ever does that, right? Alas, no. If you ever want to have some Feminist Fun with Friends, select a bunch of movies from various genres to watch for whether or not they pass the Bechdel Test. Note, I will not take the blame for any faith in humanity and/or the film industry that you might lose in the process.

Viva, at it's core was about a young woman's coming of age and focused largely on her relationships with her mother, her (female) mentor, and her girlfriends. Yes, there's a love story, but it's definitely secondary. Interestingly enough, Disgraced only passes the test by technicality: the two (named) female characters only speak to each other directly to talk about the food for their dinner party.  In its case, I don't think the lack takes away from the quality or value of the piece, but I think it is still worthwhile to note that in-depth meaningful interaction between the two leading ladies was conspicuously absent from this otherwise emotionally intelligent play. 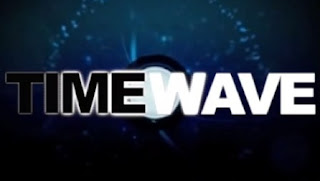 I stumbled across TimeWave not long after arriving in London and immediately purchased a ticket. Rarely does an event align so perfectly with my interests. TimeWave was "an International festival that fuse[d] technology and theatre to explore the theme of 'Transformation' in the 21st Century.'"

In general, I was really impressed. A number of the performances used technology in innovative and inspiring ways to enhance the audience’s experience - adding new dimensions to  relationships, characters’ roles, and advancing the plot. I particularly enjoyed The Echo Effect, a 20-minute 2-person play with one performer live in London and the other in New York City. It's about an elderly Englishman and a young American n'er-do-well  who falls through the older man's ceiling after he's been secretly living in his attic for days. The production employed video streaming  to emphasize the distance between the characters’ perspectives. By the end of the piece, I felt the growing bond between the characters so powerfully that I nearly forgot that the actors were not actually in the same room! The technology had added a new level of depth that could not have easily been achieved without it.

The event was not without a few technical kinks - live-streaming and video calls have come a long way, but video quality and connectivity are still frequently inconsistent, depending upon the parties' connection speeds and hardware. However, my biggest gripe was the lack of publicity and the small audience that inevitably resulted. I only found out about TimeWave when perusing Meet-Up.com, London in a moment of boredom and loneliness. On the day of, when I walked in to Innovation Warehouse, I was surprised not to see any TimeWave signs. There were approximately 20 people in the audience the night I attended, and at least 4 were actors taking part in one of the performances. Granted, there were audiences watching in Madrid and New York City too, but I really wished that more people could have had the chance to experience this adventurous and engaging work.

And there you have it folks, my long-awaited first theatrical reviews. I don't know if I'll do many more of these. On one level it's fun to write about art that interests and inspires me, but on the other, it's kind of stressful to think about the citizens of the Internets reading (and judging) my artistic opinions.

On that note, feel free to disagree with my thoughts in the comments below (dialogues about art, ftw!), but please, be kind. :-)

Posted by artstechchick at 10:04 AM No comments:

Thanks for the reminder, Neil Gaiman. I definitely needed it today, so I thought I would share it with all of you.

Posted by artstechchick at 7:51 PM No comments: 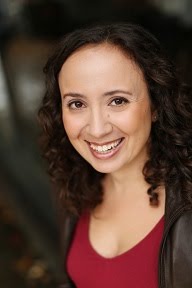